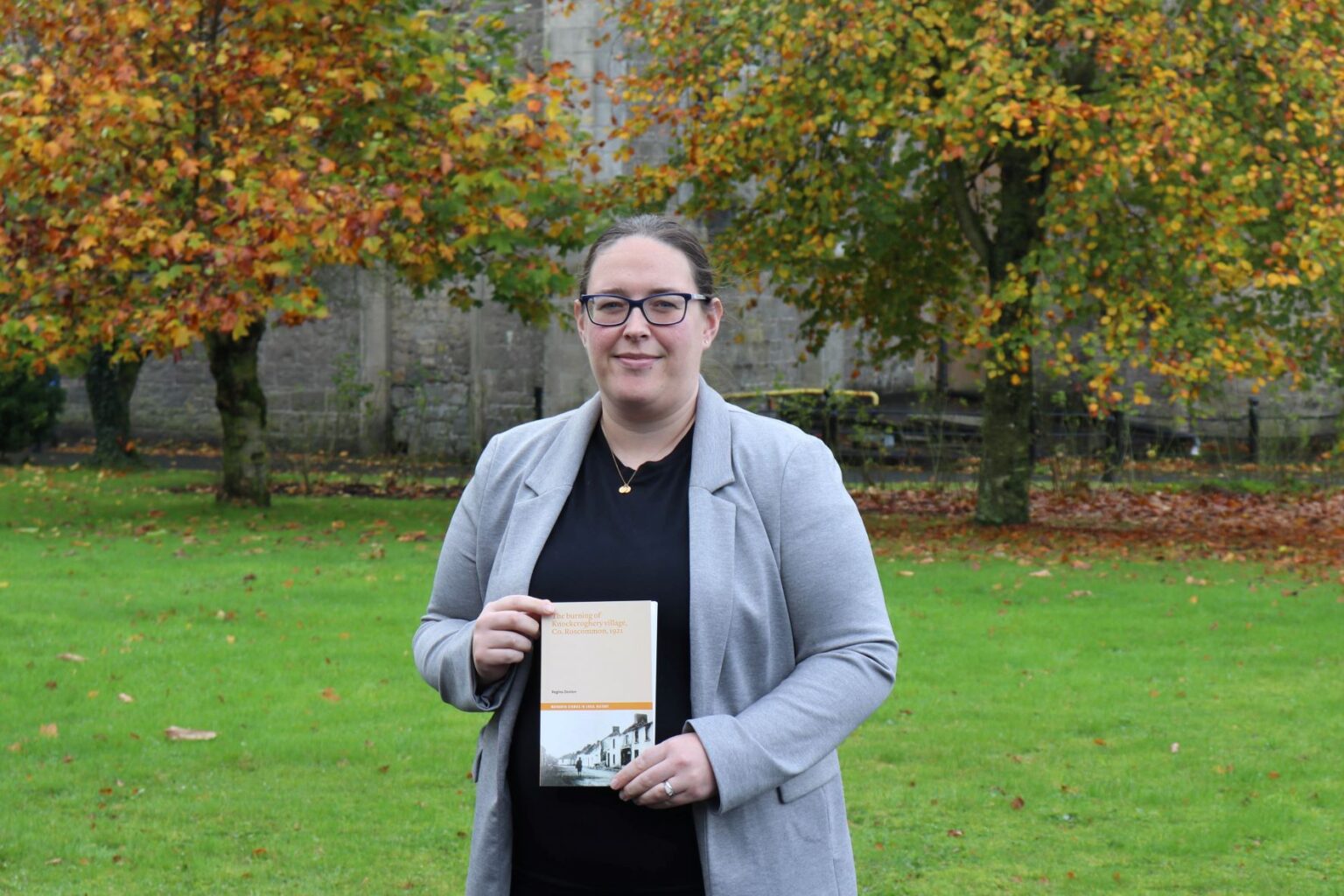 Back to Spotlight on Research

Carlow College Lecturer in History, Dr Regina Donlon, has published a new book, The Burning of Knockcroghery Village, Co. Roscommon, 1921. Regina’s new book is one of six new volumes just published in the Maynooth Studies in Local History series for 2022, which covers a huge range of Irish political, cultural and social history. It is her second book in four years.

Blurb: On the evening of 20 June 1921, Colonel-Commandant Thomas Stanton Lambert was assassinated at Benown near Glasson in Co. Westmeath. Hours later, the small village of Knockcroghery in south Co. Roscommon was set ablaze by the British forces, seemingly in an act of retribution for Lambert’s murder. The burning was an unfortunate case of mistaken identity, however, that ultimately resulted in the decimation of the local economy and heralded the end of clay-pipe production in the area. This study explores the complex world of rural Ireland against the backdrop of the Irish War of Independence, while demonstrating how local communities were impacted by evolving national narratives. Although it later emerged that the Knockcroghery company of the Irish Republican Army was not involved in Lambert’s killing, this study examines how the social and economic fabric of that community was altered as a result.

You can link to a copy of the book here: https://www.fourcourtspress.ie/books/2022/new-book/

In the last five years, Carlow College staff have published (on our count) no fewer than 10 books and 4 edited collections, with another edited collection to appear in 2023. These publications range across subjects as diverse as Psychology, Philosophy, Politics, History, and English; they cover a whole range of topics and some have an interdicsiplinary focus. For a college of our size, this is a truly remarkable output, and it does not cover the range of other types of publications that have been produced across the full range of our disciplinary expertise.