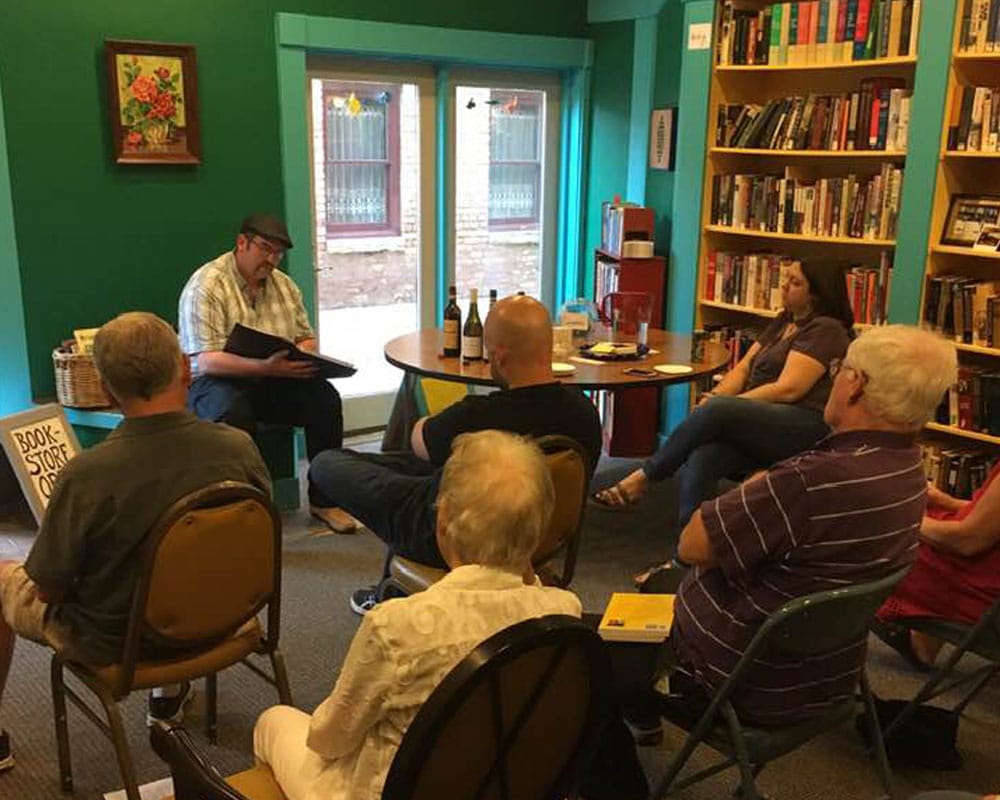 Final year Arts & Humanities student of Carlow College, St Patrick’s, Clifton Redmond embarked on a recent poetic tour of Illinois facilitated by partnership colleges of Carlow College, St Patrick’s, members of the Illinois Consortium in the heart of America’s mid-west. A mature student at the College, Clifton has taken all of the Creative Writing modules available and he has been an award winner in the College’s annual Literary Awards. A native of Hackettstown, Co. Carlow, Clifton got to read his poems about Carlow and poems he wrote in response to Chicago in exciting venues such as the Raue Centre, the Irish American Heritage Centre in Chicago and in the Republic of Letters, Geneva, and in Oak Park – in what was an extensive tour of Chicago and the greater Chicago area.

He was a special guest at the Green Mills poetry night in Chicago, the home of the legendary poetry slam. And he got to visit venues (of deep personal interest)associated with the blues like Chicago’s Kingston Mines and Chicago’s world renowned Art Institute. This trip was made possible through the exciting partnerships Carlow College has developed with Bonnie Gabel in McHenry County College and Pat and Beth Parks in Elgin Community College. Clifton is a member of the Carlow Writers’ Co-Operative.