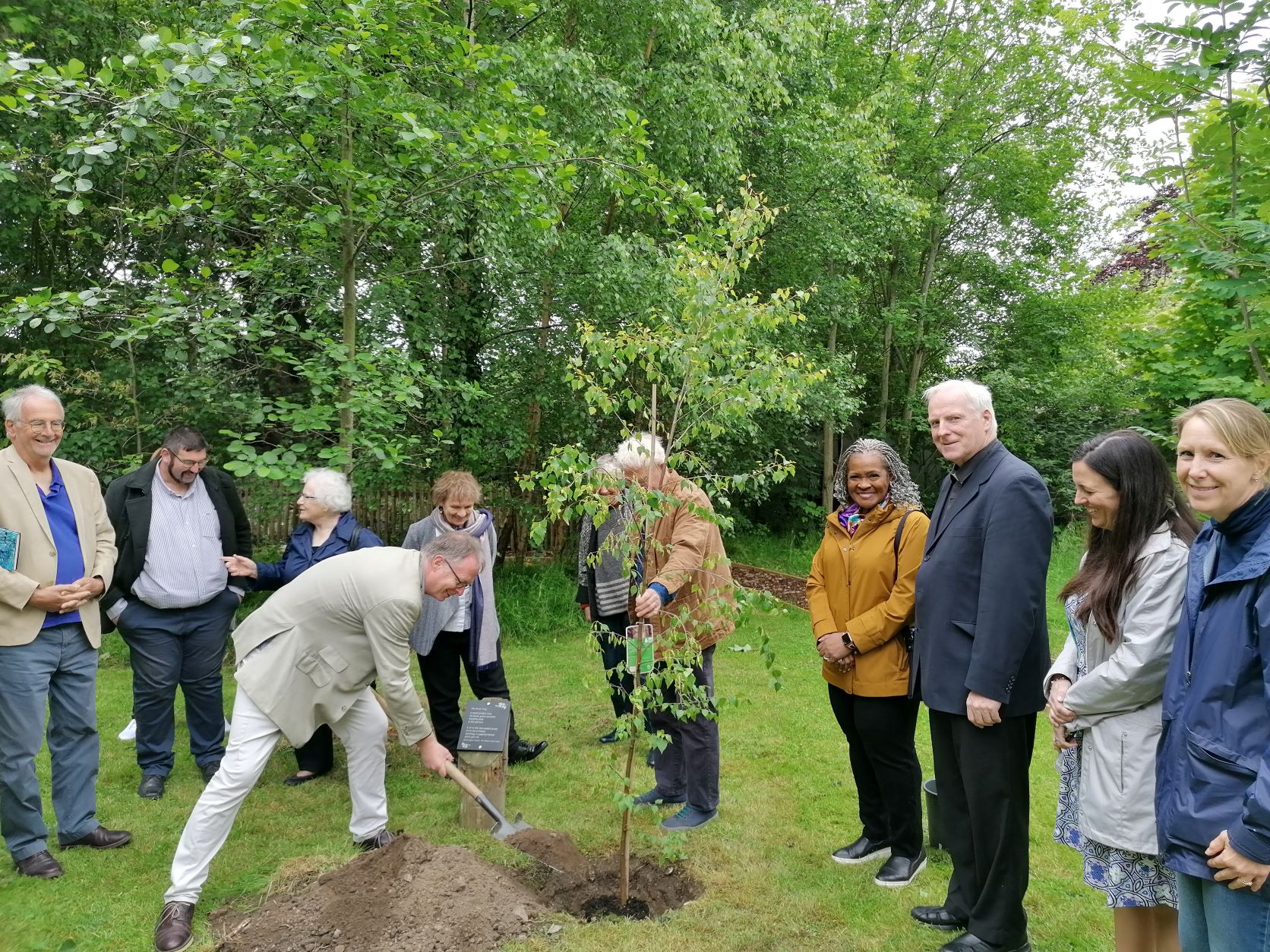 On the 31 May last, a tree-planting ceremony took place in An Gairdín Beo, Carlow Town, in memory of Dr Ellie Wymard who died on the 28 December, 2021. Ellie was the much-loved and highly-respected inaugural Director of the Mfa in Creative Writing programme at Carlow University Pittsburgh. From 2005 to 2010, this programme held its summer residences at Carlow College, Ireland. Great times were had, and some of the finest Irish writers, editors and publishers, gave readings and offered workshops at these residencies (among them Kevin Barry, Eavan Boland, Michael Coady, Anne Enright, Peter Fallon, Claire Keegan, and Niall Williams). 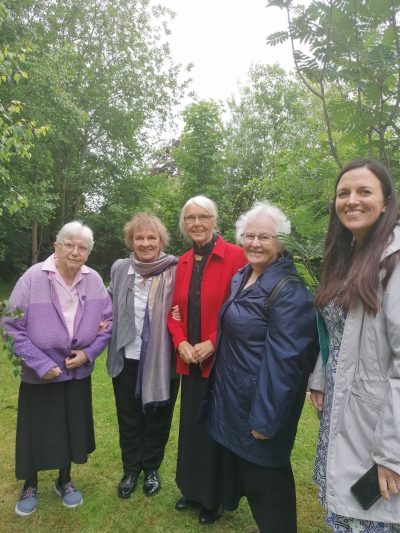 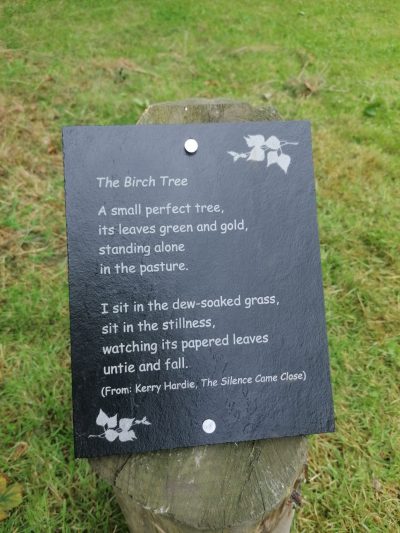 An Gairdín Beo is adjacent to Carlow College. The land for this beautiful, two-acre community garden was made available to the town by the Sisters of Mercy at St Leo’s Convent, Carlow, in 2015.  In 1843, seven members of this Sisters of Mercy community (led by the redoubtable Sister Frances Warde) left their native land to found new Mercy communities in the United States; a remarkable initiative which led to the founding of Carlow University, Pittsburgh (as it later became known), in 1929.  The Irish residencies of the Mfa in Creative Writing were, therefore, a ‘coming home’ of sorts for the Pittsburgh institution, as Ellie often noted.

Poems and stories were read, memories of Ellie (and of her, sadly, also deceased husband, Joe Wymard) were shared. Everyone present extended their deeply-felt sympathy to Ellie’s family in Pittsburgh on the loss of such a wonderful woman, teacher, writer, and friend. 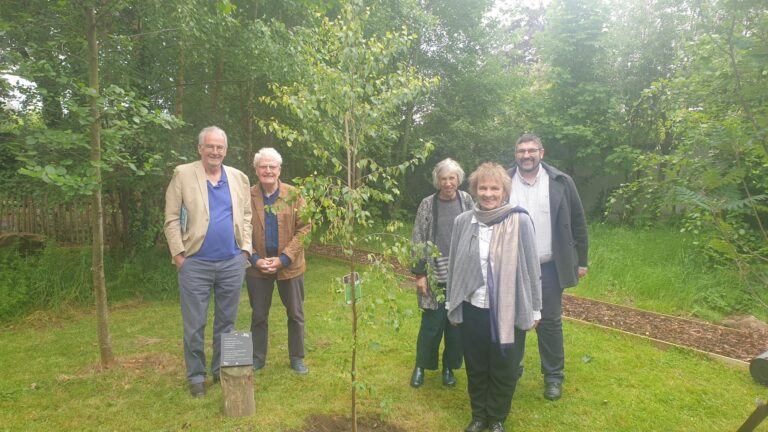