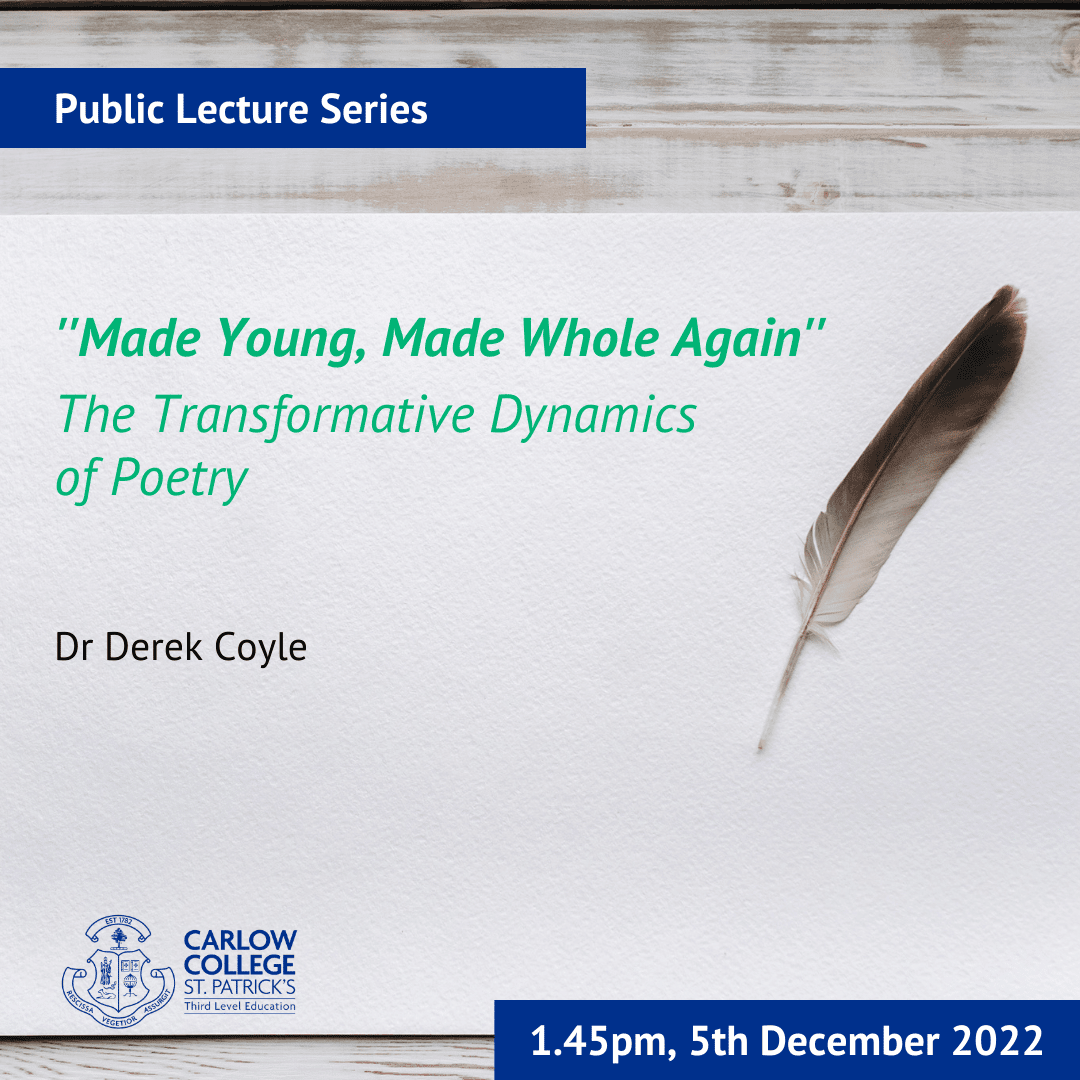 Title: ‘Made Young, Made Whole Again’: The Transformative Dynamics of Poetry.

Carlow College, St. Patrick’s invites you to our public lecture focusing on Leaving Cert poetry where Dr Derek Coyle explores ‘Made Young, Made Whole Again’: The Transformative Dynamics of Poetry.

In his lecture, Dr Derek Coyle will look at how four poets have engaged with such everlasting concerns as romance, seduction, tyranny, and the ravages of time. He will explore poetic techniques like the extended metaphor, the dramatic monologue, and the sonnet. Female and male, ancient and contemporary, four poets will be examined, something for both the Honours and Ordinary Leaving Certificate English student of 2023, as well as the general poetry lover and reader.

Dr Derek Coyle has published poems and reviews in the United States, Britain and Ireland. He has been shortlisted for the Patrick Kavanagh Award (2010, 2014), the Bradshaw Prize (2011), and in 2012 he was a chosen poet for the Poetry Ireland ‘Introductions Series’. In 2013 he was a runner-up in the Bradshaw Prize. Dr Coyle has read his poems in museums, galleries and lecture halls in Ireland, Scotland, and the United States. He has published articles on Shamanism in Derek Walcott, and the Sense of Place in Martin Heidegger and Michael Longley.

This event will be available for attending both in-person or livestreamed – please select the correct ticket up when booking your place.

Two ticket options will be available: