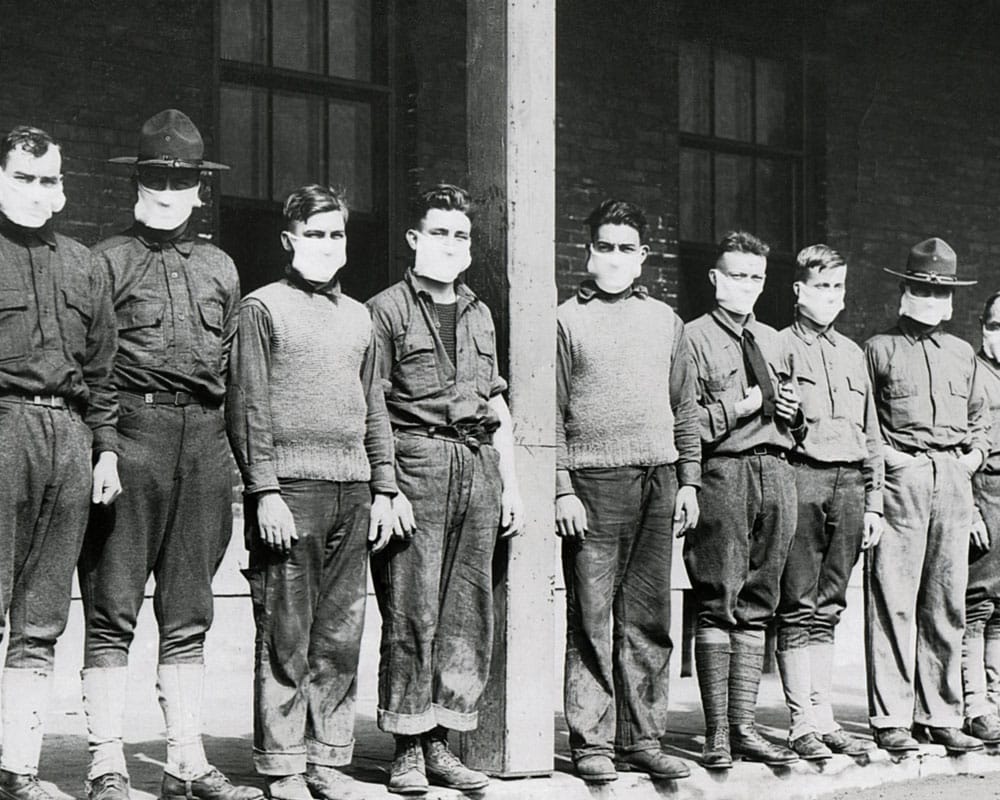 As the coronavirus affects the whole world, leading virologist Professor John Oxford presents a three part series on the origin, spread and reaction to the Pandemic that devastated much of the planet just over 100 years ago.

The so-called Spanish flu of 1918/19 is estimated to have killed more than 50 million of the 500 million people it infected, including 228,000 in the UK. It was the planet’s biggest single natural human catastrophe – a flu pandemic that killed more people than both world wars put together in a fraction of the time. And yet this huge moment in history remains largely under the radar.

In three programmes, he charts the story of how the 1918/19 flu pandemic affected the UK and the world.

In Episode 1, he looks at the much debated origins of the H1N1 strain of flu. There are three theories – firstly it incubated in an army camp in the United States, secondly it originated from China, and thirdly (John’s theory) that it probably began a couple of years earlier inside a military camp near the Western front in France. The real truth about the origin remains a conundrum to frustrated scientists.

John also looks at the symptoms, some of them remarkably similar to the ones we see today with coronavirus. Both diseases affect the respiratory system and lead to coughs and fevers but there are specifics which make them both unique. The H1N1 strain of the flu would turn people a strange purple colour, give them severe headaches and, in many cases, delirium. In 1918, a secondary disease like bacterial pneumonia could not be treated with antibiotics.

Dr Ida Milne features in this three part series talking about her extensive research into the Spanish Flu, it’s history and the effects of the flu here in Ireland.

You can find the first episode here.

Episode 2 will look at how the authorities in the UK and around the world reacted to the flu in different ways and how misinformation played its part. Episode 3 examines the long term impact on people, communities and on general health. They will be aired on Friday 22nd and Friday 29th May.