News Antisemistism and the Holocaust – A Conversation with Tomi Reichental 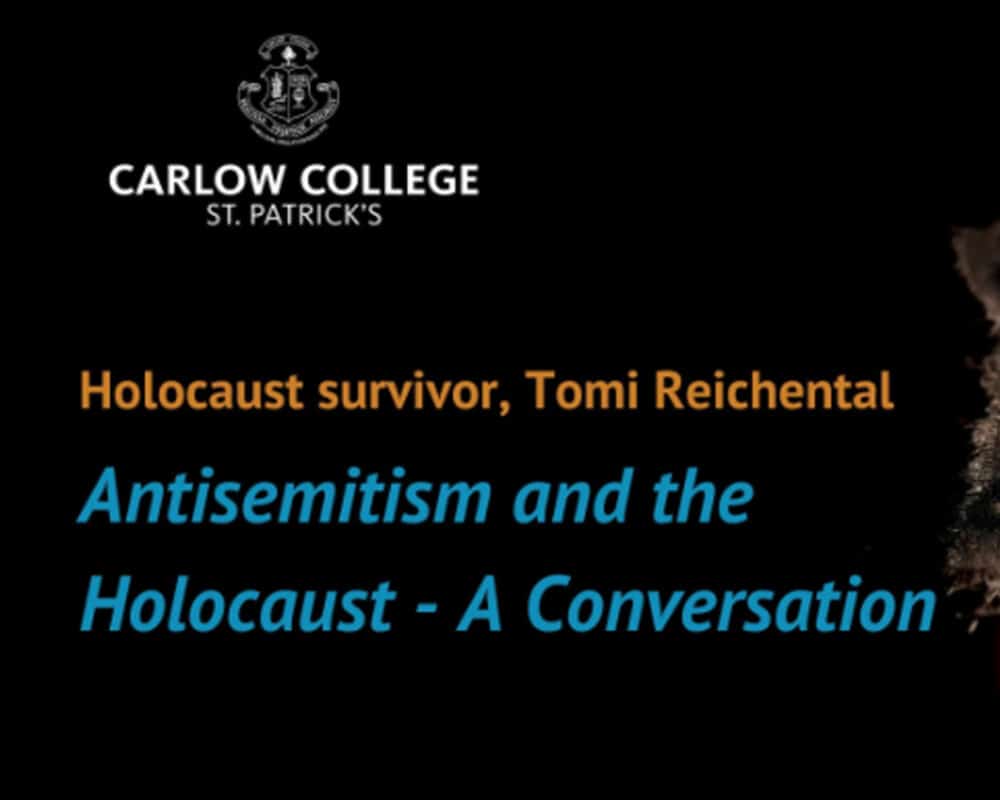 In the same week as the International Holocaust Remembrance Day, Carlow College was privileged to have Holocaust survivor Tomi Reichental speak as part of our public lecture series, about his experience as a nine-year-old boy in the concentration camp of Bergen-Belsen.

Interviewed by one of our history lecturers, Dr Thomas McGrath, in this public lecture Tomi Reichental spoke about  growing up in what was then Czechoslovakia, how he and his family began to notice the growing antisemitism in their community, and about his time in a concentration camp. He, his mother, his brother, and his grandmother were caught and taken to Bergen-Belsen concentration camp in 1944 where Tomi remained until the camp was liberated in 1945. More than 30 members of his family were killed during the Holocaust.

We were honoured to have Tomi take part in this lecture and answer questions from our audience as well as speak about his harrowing experience. Tomi Reichental has also written a book about his experience in a concentration camp in the book: I was a Boy in Belsen. The whole lecture in it’s entirety is available through our YouTube below: