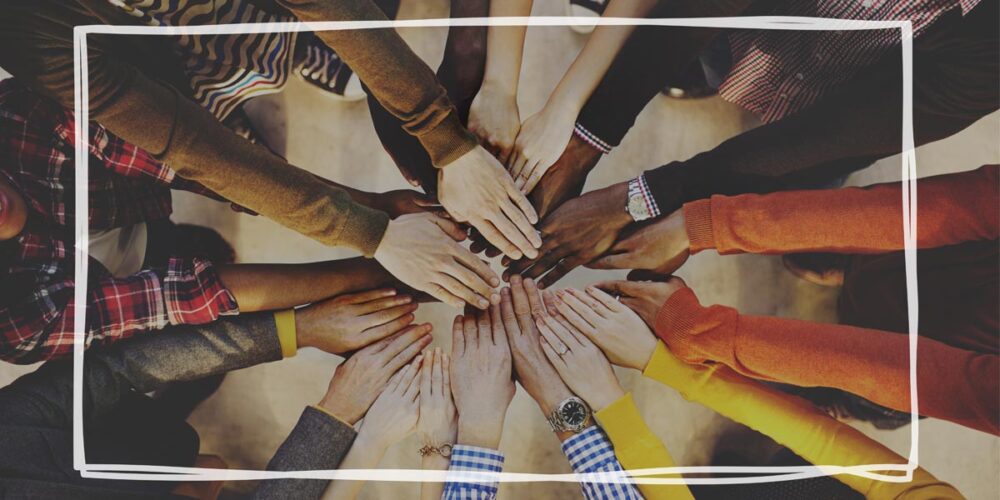 Anyone watching RTE’s ‘Prime Time’ programme on Thursday June 25th, will, I think, be shocked and saddened by the thought-provoking report by Richard Downs on the ‘New Nationalism’ that is emerging in Ireland. There are echoes of Trump, ‘take our country back’, ‘look after our own’, ‘immigrants are destroying our way of life’ and of course the pseudo-science conspiracy theory ‘that the ‘Irish’ are being replaced by people with Black and Brown skin’. Contributors to the programme warned of how Irish towns and villages will become like ‘Balbriggan’. Balbriggan was offered as an example of the dangers of Multiculturalism and the impending doom of ‘the ‘Irish’ becoming a minority in Ireland’. The New Nationalists take a principled position in opposition to immigration and refer to Ireland’s Immigration policy as a policy of ‘mass immigration’ (which it is not). Whilst watching Prime Time, many questions raced through my mind. Why do some people carry around so much anger and hate for people who do not share the same ethnicity or culture? Why are people so willing to demonize, criminalize and scapegoat people for every ill that exists in Irish society? Why do some people want to believe the worst, who can only see danger and who live in fear? There exists a lack any understanding of Ireland’s (and other countries) responsibility to those seeking refuge and hope for a better future for themselves and their families.

The perfect storm has occurred for Right Wing politicians and their followers. Ireland’s economic boom opened all sorts of possibilities for people. The social housing building programme that was very much a part of Irish Towns and villages since the 1960s had more or less stopped by the 1990s. Political ideology was the reason for the slowing down of the building of social housing. These houses may have been referred to as (and still are) ‘corporation’ houses or ‘council’ houses. We have gone from a country of mass emigration to a country that has had to recruit people from overseas to work in Ireland. We have also accepted our place on the world stage as having reached a part of our development that we are in a position to assist people seeking refuge. There is no doubt that there is a shortage of housing. However, the housing shortage is just that, a housing shortage. It also means that people on the housing waiting list (in every town) are left battling it out,  making judgments on who is more deserving and ‘entitled’ to social housing. Blaming migrants for the housing shortage is a misplaced argument. We also have a homeless crisis, long hospital waiting lists, addiction, debt and inadequate provision of mental health services. Are migrants to blame for that also? It is too simplistic to think that the social ills of society could be solved by closing Ireland’s borders and ordering people to return to their ancestral homes. Supporters of New Nationalism (on the Prime Time programme) made reference to ‘people being returned to their ancestral homelands’. If the New Nationalists are serious about people returning to their ‘ancestral homes’ then we better make space for all the Irish Americans, British Irish, Canadian Irish, Australian Irish, Saudi Arabian Irish, New Zealand Irish to return to Ireland! It is a futile argument.

It is damaging to support any call to ‘take Ireland back’. The criminalization and demonization of migrants only serves to create tension and division. It is toxic. Education and critical thinking have a pivotal role to play in challenging right-wing attitudes and actions of New Nationalism.  Hate Speech (speech that expresses hate or encourages hate towards a person or group on something such as ethnicity, religion or culture) was very obvious among some of the contributors to the Prime Time programme. To mitigate against Hate Speech, we need discussion, debate, critical thinking, dialogue, the uncovering of evidence, all of which are in abundance in Carlow College, a transformative experience.  Debate and discussion are at the core of all our programmes. This is how we learn. This is when our mindsets transform, become open and reduce the fear of ‘the other’. We should never underestimate the crucial part that education, critical thinking, reasoned and calm debate play in creating a society where everyone feels safe and valued. Nor should we ever underestimate the contributions we can all make in challenging xenophobic attitudes where hostility and contempt for people is promoted and adopted. It is an incitement to hate. We can, by working in solidarity, create a fairer more equal society for all.