Explore Staff Blog ‘Reflections on the Inauguration 2021’ by Stephanie McDermott 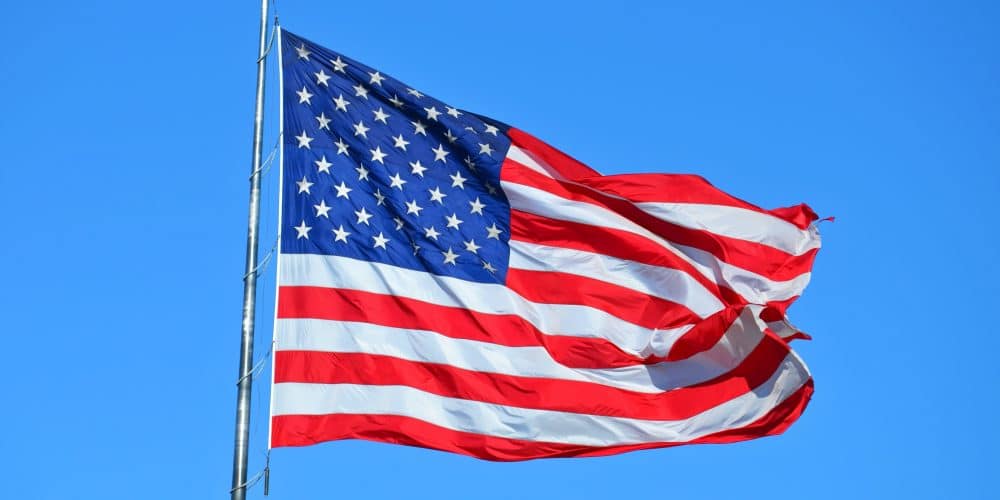 There is no doubt about it, there were many ‘firsts’ on the inauguration day of the 46th president of the United States. Flags replaced people on the west lawn of the US capital. One thousand spectators is a radical change from the 1.8 million people who attended the inauguration of Barack Obama. The inauguration of 2021 was followed by a virtual parade. Never has Washington seen such tight security, in part because of the threat of far-right violence, as well as the threat of Covid-19. There were other firsts – Lada Gaga appeared, as did Jennifer Lopez who spoke Spanish in between the lines of her rendition of ‘This Land is Your Land’. The original writer and singer of the song, Woody Guthrie might be proud, although he wrote the song in response to his increasing frustration with the inequalities and poverty of America in the 1940s.  The song was probably chosen in an attempt to evoke some feel-good patriotism, which probably worked, if we take the number of tears that were shed by the participants.

Many of the addresses and speeches spoke of common humanity and unity (which is not a first). What might be a first is the mention of ‘nativism’ and how ‘white supremacy’ must be confronted. Another first was the appearance of the first Latina to serve on the Supreme Court, Sonia Sotomayor. The first Black woman to serve as fire captain in Fulton County, Andrea Hall, spoke and signed Pledge of Allegiance.  Amanda Gorman, who read her poem ‘The Hill We Climb’, became the youngest poet ever to read at a presidential inauguration. It is also a first, in 100 years,  that the out-going president did not attend the inauguration.  It might also be a first, that many of the millions watching the inauguration believe that Biden did not win the election and the election process was corrupt and rigged. Certainly, a difficult place to start for the new incoming president.

The ‘first’ that will be made most of is the election of the new vice-president, Kamala Harris. What is most newsworthy is that she is a woman. It is not new to have an African American as a public representative in America. Kamala Harris not only describes herself as African-American but also Indian-American. Like millions of Americans, Harris comes from a ‘mixed’ background. Harris is the daughter of two middle-class parents. Her father, Jamaican born, taught at Stanford University. Her mother was a researcher who moved to America from India, when she was 19 years old. Her parents divorced when she was five and Kamala and her younger sister were primarily raised by her mother. Kamala has smashed many ‘glass ceilings’ and rose through the ranks of a career in Law and then in Politics. In her career and in politics, she became high profile.  Her name came to more prominence when she was selected by Joe Biden as his running partner. She was the first woman of African American and south Asian descent to hold the post of Vice President.  Many would say that her selection was pivotal to Biden’s chances of winning. Her background, profile, gender and heritage all contributed to the notion of ‘the American Dream’. A figure that might bring people together, to unite difference and to bridge the divide. A divide which was not created by Trump but was widened and given a voice by the Trump administration. Many have claimed an ‘uncivil’ war is now raging in America. An ideological war, a war of extremists, a war of myth and misinformation, a war of supremacy, a war on ‘who has the right to be called American’. The Biden/Harris administration have an almost insurmountable task on their hands.

So many ‘firsts’ and many gains in terms of gender equality. There is now a female vice president in America. That must account for something. She will provide a positive role model for the many young women from all backgrounds who do not see their gender represented in high office. Her position should send a message to women, girls and second generation immigrants that it is possible to reach high office (with the assistance of economic and cultural capital). Her position should also calm the fury of ethnic minority Americans who have been vilified and denigrated by Trump and the right-wing factions of the republican party.

Many will conclude that Kamala Harris represents a breakthrough for women. That may be true for women who are in a position or have the capacity to subscribe to the ‘American Dream’. One wonders what the election of Kamila Harris will mean to the many women who are desperately trying to manage on a day-to-day basis all over the world. Covid-19 has been a revealer, revealing the huge disparities that exist between the genders since the arrival of the Pandemic.  Many women are home-schooling, feeling isolated, dealing with anxiety and fear, and may also be caring for extended family. The voices of women are largely not represented, particularly the voices from families whose children have profound needs and are begging for support, though not being heard. One also questions what difference the election of Kamala Harris will make to the voices of women that have not been listened to and misrepresented in the most recent ‘Mother and Baby Home’ report and are reliving the trauma, the pain, the dehumanisation, and the abuse of human rights as the stories unfold. We can all be thankful for the gains that women have made but we cannot rest on our laurels or for a second think that we have reached ‘equality’. Far from it, who are the people ‘holding’ it all together, who are the people ‘double- jobbing’, who are the people doing the bulk of ‘emotional work’? What would really matter and be a marker of ‘equality’ would be a society that listened to women’s voices, took their concerns on board, worked together so everyone felt in some way valued and appreciated for their emotional, caring, physical, social and psychological work. It is a question of everyone working together to reach a fairer and more equitable society.