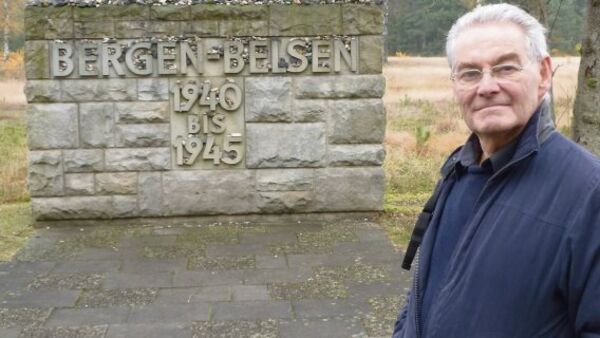 Carlow College, St. Patrick’s is excited to host Holocaust survivor, Tomi Reichental, for a public lecture discussing his experience of Antisemitism and the Holocaust on Monday, 24th January 2022.

This special lecture will be “a conversation” hosted by Carlow College Vice-President for Academic Affairs and Registrar, Dr Thomas Mc Grath, and will explore Tomi Reichental’s first hand experience of living through and surviving the Nazi years.

Tomi Reichental was born in 1935 in Merasice, a small village in the then Czechoslovakia (today Slovakia) and from an early age he experienced the rise of antisemitism in his home country as it came under Nazi influence. Even going to school was hazardous for Tomi and his brother as other children, brainwashed by the rise of prejudice, victimized them. Ultimately the family went into hiding but they were captured by the Gestapo and sent on a horrific train journey to the Nazi Concentration Camp Bergen Belsen, near Hanover in Germany. He survived the infamous conditions of Bergen Belsen. However 35 members of his family were killed in the Holocaust. He has lived in Dublin since 1959 and now regularly talks to Irish schools and colleges about his wartime experiences of antisemitism and the Holocaust.

Dr Thomas Mc Grath, Vice-President for Academic Affairs and Registrar of Carlow College said “This is a great opportunity for the public, as well as Leaving Cert History students to hear a first-hand account of the Holocaust a few days before the annual International Holocaust Remembrance Day on 27 January”.

He added: “So far, our Public Lecture series has been livestreamed to almost 90 schools covering 22 counties in the Republic of Ireland. They have been a tremendous success and I encourage all schools to take advantage of this opportunity to hear such a powerful story”.

The lecture will be held from 1.45pm – 3.00pm on Monday the 24th January respectively and will be free to attend. Booking is essential through Eventbrite.